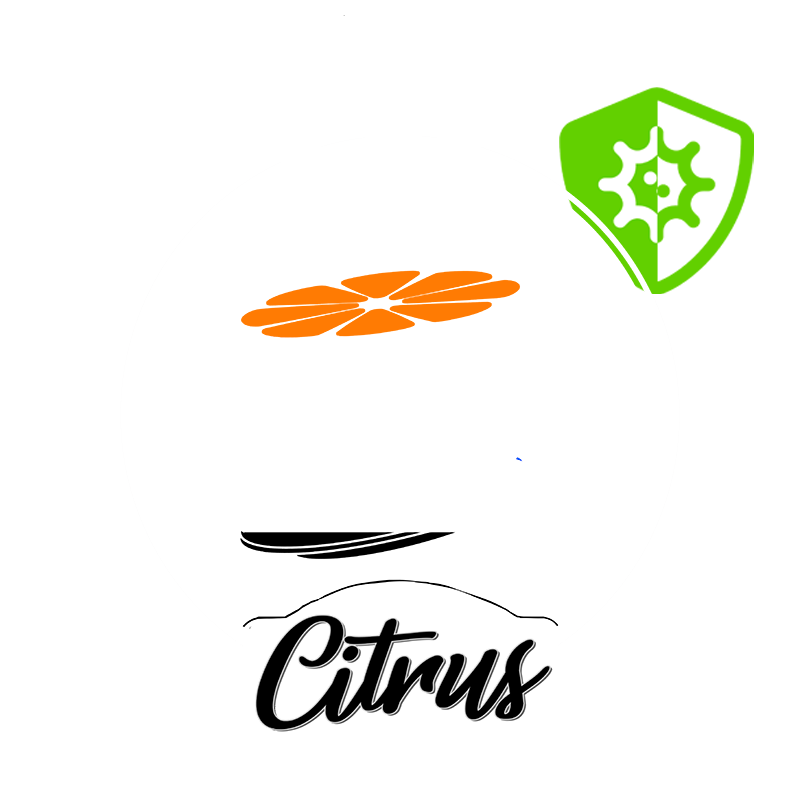 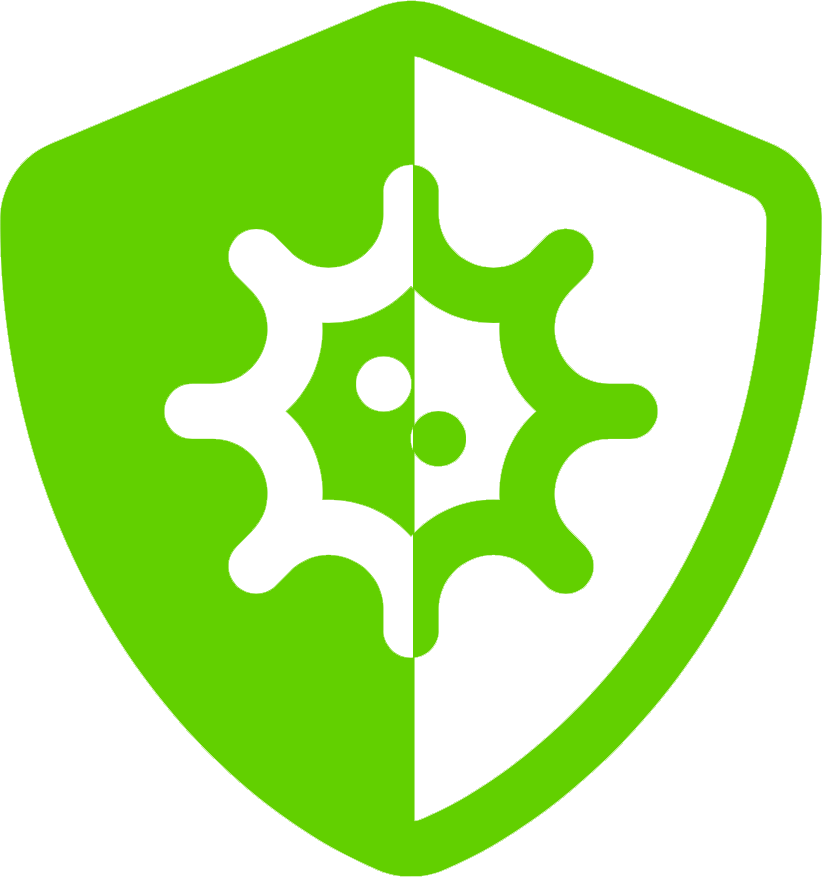 In these very strange times, we know how important it is to all of our customers to keep what we do clean, hygeinic and above all safe.

We have stringent safety standards anyway, however, we have made our policies even more focussed.

We have added specific COVID-19 measures to our daily cleaning routine and enforce clear queueing and social distancing measures at Citrus.

In order to keep you as safe as possible, we have adopted a number of new proactices for your safety and ours.

NOTE: WE PREFER PAYMENT BY CARD

Only two waiting customers and one customer being served are allowed into the shop with face coverings. Anyone without a face covering can order and pay from the door.

If you would like to help support us as a local business, you can by making a donation.

Ross began his life in coffee back in 1998, working for Starbucks back when they cared about what they did and the staff they employed which fostered Ross's love for the drink.

After an extended period of time in various customer service roles and IT vocations, he found himself working for Costa where he soon became supervisor of the 13th busiest UK store at the time where he began to long for his own store.

Meanwhile, Jake had worked his way from a Personal Trainer up to senior management where he was running a chain of gyms in the Northwest. Due to cut-backs and poor investment from the Board, staff futures were insecure and Jake began looking for future options of his own.

During the return of a laptop to one of Ross's IT customers, Jake happened to notice the local deli was for sale. After a death in the family, it got the two to thinking. Scouting the county for suitable opportunities, the pair settled upon The Greedy Pig in Kelsall, near Chester, Cheshire. 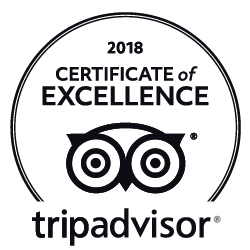 After 18 months and a total transformation, The Greedy Pig was renamed to Citrus to better reflect the freshness they offer and to truly make the shop their own.

Their mission; to provide locals and visitors alike with quality deli-style take-away food, custom-roasted coffee and a wide range of other snacks and drinks.

Since taking on the business, customer numbers have trebled, Citrus sells its own exclusive, blend of coffee, they have received another Certificate of Excellence from Trip Advisor and has become a hub in the heart of the village welcoming their customers as they do their friends.

We have a range of dairy alternatives. Simply ask in-store for your choice of alternative which can be used in any of our drinks. Choose from Lactose-Free, Soya, Coconut (contains soya), Almond and Oat Milk.

Our exclusive blend is used in all of our coffees. Made from the best quality green beans from Brazil, Ethiopia, India, Vietnam & Colombia, each drink contains approx 32mg, 64mg, 96mg or 128mg of caffiene.

We don't use methylene chloride for our decaf coffee (known as MC), we only use Swiss Water method to extract the best from our dark roast, decaf coffee.

This item is new in store

This is suitable for vegetarians

Vegans can enjoy this item

Don’t miss out on our special offers and latest news

We aim to only send one newsletter each month. We don't send your data to anyone else and we will do out best to keep you up to date with what you need to know. Just add your address to the form below, complete the other basic information and you're all set!

This is the team which makes it all work 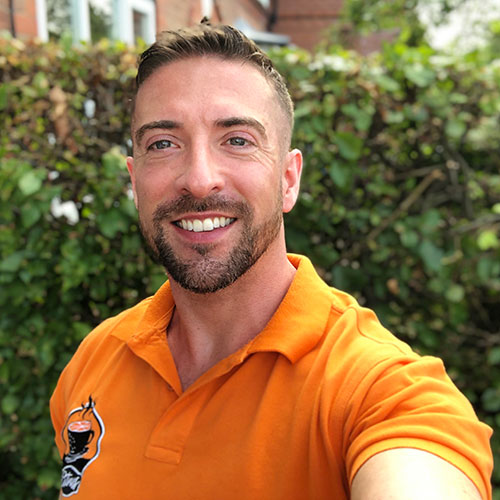 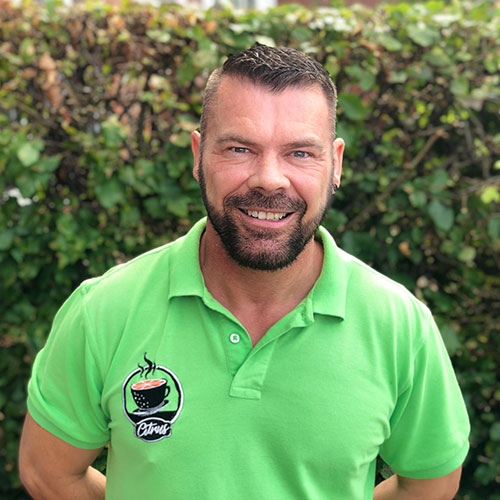 Back of House Manager 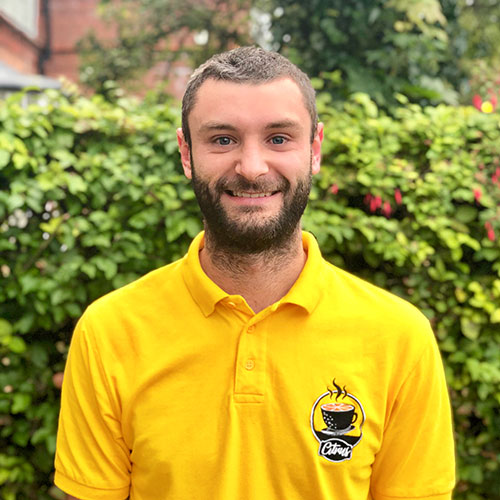 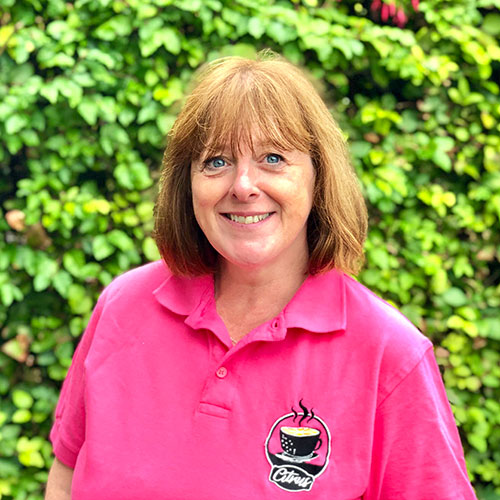 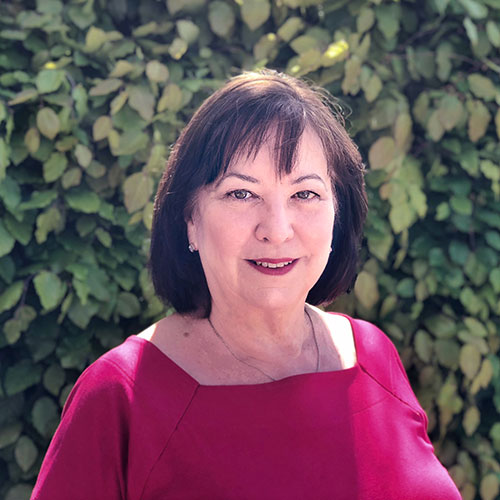 We may be small but we're cosy 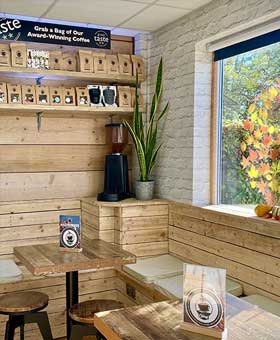 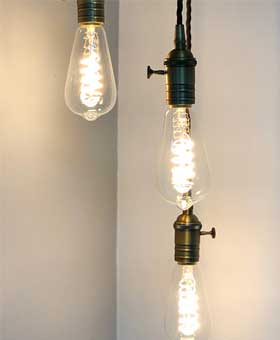 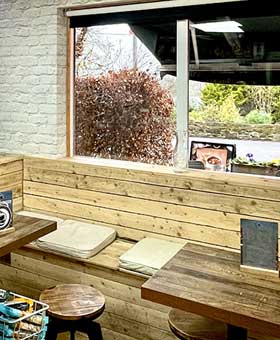 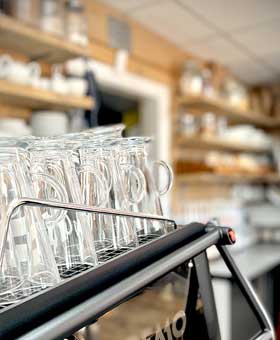 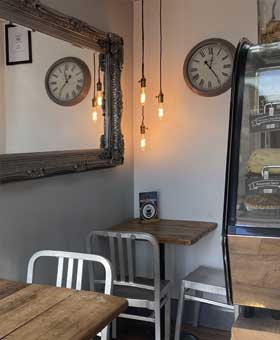 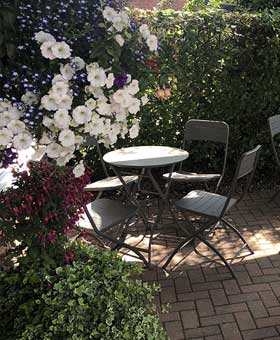 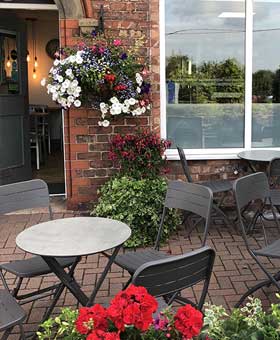 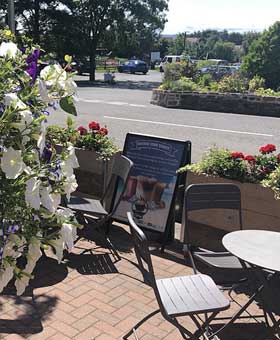 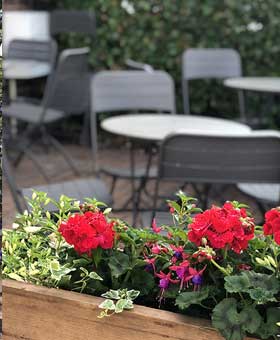 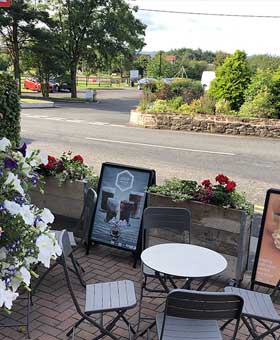 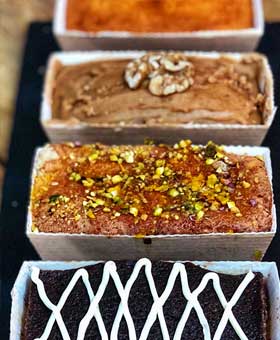 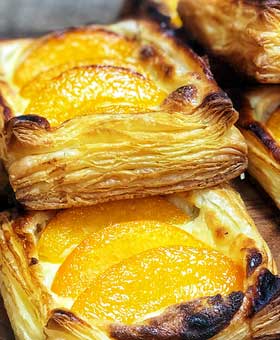 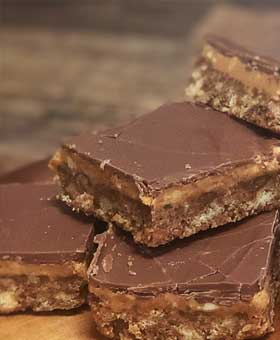 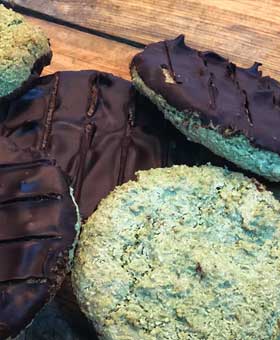 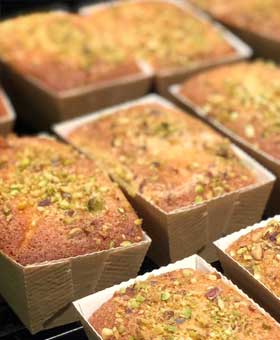 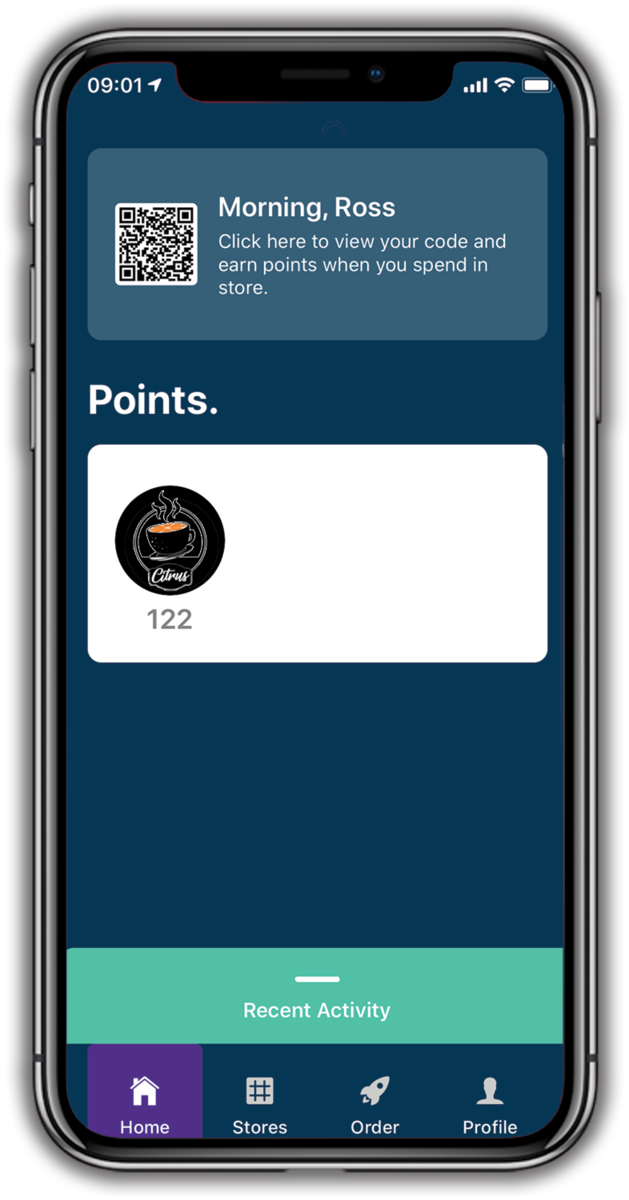 We have always believed that your loyalty deserves to be rewarded. We have created an app which not only rewards you with points every time you spend with us, you can view the current offers, track your receipts, see when you gained points and quickly order your food and drink online.

All you need to do is open the app whenever you come to Citrus. We will scan your QR code and the transaction will be allocated to you. Your points will be credited to your account within an hour.

Check the 'rewards' section to see our current offers and the points you need to claim them.

When you have enough points, before you place your order, tell us what you would like to redeem your points against and that item will be free!

Why not get in touch? 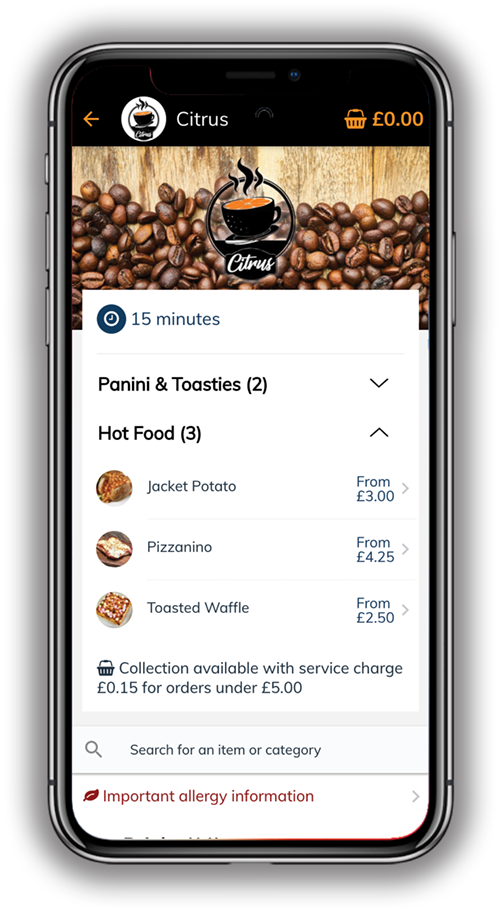 We've worked closely with our software developers to create a way of ordering not just from us but from a range of shops and companies all over the country. You can use your phone, computer or tablet to order. Once you're ready, simply click the button below to be taken to our online ordering system.

Add the items to your basket by expanding the categories and scrolling through the products.

Once you click on an item, your customisation options come next. Choose any additional options before clicking 'add to basket'.

Checkout, selecting 'collection' followed by your collection time and you'll then have the option to use your credit card, ApplePay or Android Pay.

Keep your emails open - we send order updates via email.

NB: this system is new and we are aware working on these known issues:
Only credit cards can be used as payment if you order via Goodies. To avoid this, order via the 'start your order' button on our website.
Our Goodies loyalty app has a glitch when parsing data which can cause a white page and you cannot log into app. Developers are investigating.